It’s time to dust off the racquet and enjoy a hit of tennis at the newly upgraded courts at the Coolum Sports Complex.

Founded in 1982, the Coolum Tennis Club has a new lease on life with the asphalt courts replaced with four acrylic-surfaced courts. The hard courts are surrounded by new fencing, LED lighting and new nets have also been installed.

“Coolum Tennis Club has benefited from an investment of $350,000 from the Queensland Government funding package, along with an additional $70,000 from council’s Minor Capital Works program, with these improvements helping to cater for the growing demand the club is experiencing,” Mayor Jamieson said.

“The works undertaken on these facilities also support local businesses while our economy continues to recover from the impacts of COVID-19.”

Coolum Tennis Club president Arthur Ziakas said the grant was critical and timely for the club and its players, to cater for increasing demand.

“The club will make great use of the newly constructed courts with space at certain times already at capacity, but with good management we can ensure these courts are used extensively and can cater for more participants,” President Arthur Ziakas said.

“The feedback so far has been very positive towards the new competition standard hard courts which are once again, available for use.

“The hard courts cater for a range of participation needs, from competitive and social tennis, specialty programs, junior and senior fixtures, wheelchair tennis and Pickle-ball.”

Tennis Queensland President, Warwick Nicol said the Coolum Tennis Club upgrade is a fantastic example of how an infrastructure upgrade can inspire even greater energy for physical activity in a community.

“Coolum Tennis Club is deservedly enjoying strong interest from people who want to pick up a racquet either for social or competitive reasons,” Mr Nicol said.

“The resurfaced courts and lighting makes the club even more appealing to new members with an interest in learning a new pastime or rediscovering tennis.

“I congratulate the State government, the Sunshine Coast Council and the Coolum Tennis Club for working together to deliver this successful transformation.”

IT WAS a COVID safe darts with all players donning their masks as per the Queensland Health requirements and after missing darts for one week, players were eager to get back to ‘throwing arrows’.

Last week April 7 was won by Ben Morgan with John Ostenfeld as runner up.

A high score of 140 went to Tony Trowbridge, who was visiting from Sydney and a high peg out, (three darts finish with a double bull), of 110 to Ben Morgan.

There were 12 players who made it for the COVID darts last week – with all enjoying themselves.

Social Darts is handicapped based on players skills and wins and new players are always welcome and for more info on darts at the Bowlo, please phone Jon Evans on 0415 339 038

The Club hosted Moreton Bay and the Sunshine Coast Men’s District Teams on Sunday. Both teams are in the final stages of preparation for the upcoming Queensland State District Sides Championships. Congratulations to our own Coolum Bowlers Wade Mutzelburg, Jay Dawe, Peter Carmody and Jason Thomas who have gained selection in the team for this year.

Coolum also played host to the Sunshine Coast District Ladies Singles Championship over the weekend. Following sectional play on Saturday, 10 players progressed through to the elimination rounds. The final came down to a clash between two Coolum Bowlers –  Annie McGill and Ruth Perry. In the early stages players exchanged shots and it was obvious that the final was going to be a high standard game. As the game progressed Annie started to edge ahead and emerged as the winner. Congratulations both players for an outstanding game.

To top of a big weekend, our Sunday morning social bowlers had their biggest attendance in over two years. This game has been going for over 20 years and is now used to assist in the development of our new bowlers – who are paired with experienced players in a pairs format.

Last week March 3 was won by Scott Hvass, pictured, with Mr Shane Turvey coming in as runner up.

Scott now holds the highest current handicap and plays off 611.

Next weeks darts will be inside the club in the main bar area.

Social Darts is handicapped and based on player’s skills and wins.

The Coolum Beach Bowls Club social darts competition is held every Wednesday night from 6:30pm. New players are always welcome and for more info on darts at the Bowlo, please contact Jon Evans on 0415 339 038

Last weeks overall winner, highest scorer and highest peg out – Scott Hvass who now holds the highest handicap of 611 at the social darts comp at the Bowlo. Photo: Contributed

Social darts at the Coolum Beach Bowls Club is held every Wednesday night from 6:30pm.

Last week February 10 was won by Dave Bevan, (AKA Frog), with Chippy Hanson, as runner up.

A high score of 140 X 2 went to Danny Gott and a highest peg out, where a player uses all of their remaining three darts and finishes on the required ‘double’ went to Scott Hvass with an 88.

Two Spectacular bull finishes were witnessed on the night – one to Tom Schultz with 70 and one to Justine Davidson with a 65.

Social Darts is handicapped based on players’ skills and wins and new players are always encouraged to come along. For more info on darts at the ‘Bowlo’ please contact Jon Evans on 0415 339 038.

A Great result was recorded for the Coolum Beach Surf Life Saving Club (SLSC) at Miami last month, with the team being crowned as state champions with a first in the overall points score at the QLD State Board Riding Titles. With nine podium finishes, including two gold, it was very much a team effort. The club said that it was great to see some of their young guns up on the podium and would like to thank Sharleen Swan as always for her team management support.

Thanks to Coolum Beach Bowls Club

Round 2 of the Great 8s bought 5 victories.

Round 3 will see 4 teams play at home this Saturday 20th.  February. Team Selections will be posted on our Facebook site. 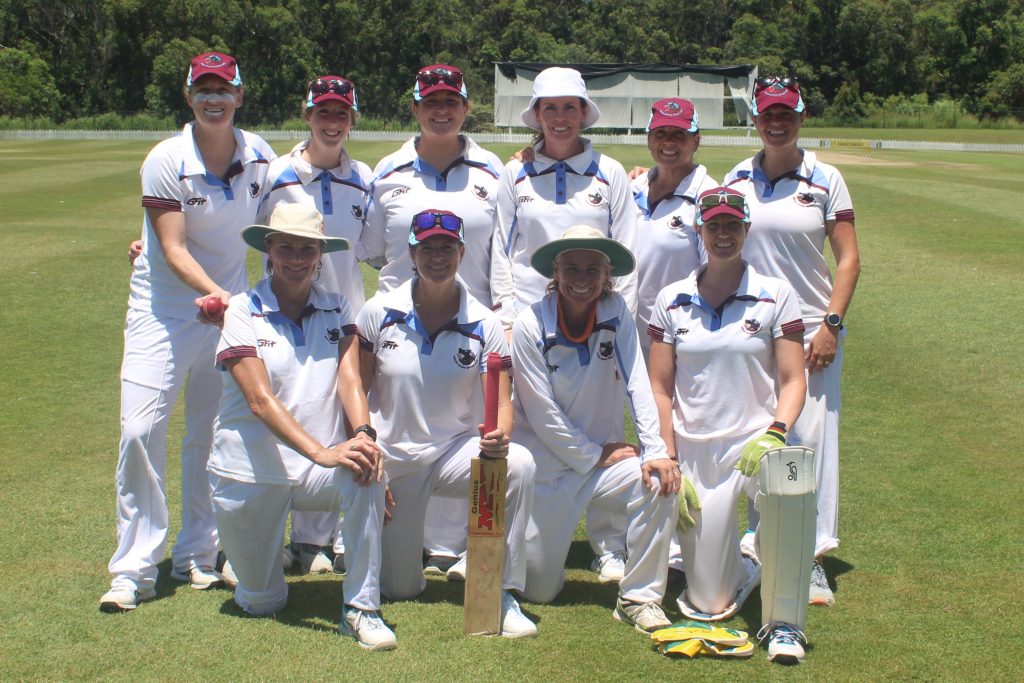 The Coolum ‘Sharkettes’ who had an impressive win over Maroochydore on Sunday. Photo: Contributed

Congratulations to the Sharkettes who are now top of the ladder with one game left to play. Coolum ladies travelled to Maroochydore on Sunday for what was most likely the season decider. The Sharkettes won the toss and elected to bat. Anna Meldrum top scored with 23 off 22 balls to help the team reach 96. At the interval, opinions were divided as to whether the score was sufficient. Maroochydore had chased down over 100 earlier in the season against the Sharks in just 18 overs.

You could almost sense it was going to be the Sharks day though as Samantha Franks took the new ball and charged in. Sammy took wickets in her first two overs. In her second spell she claimed three more wickets to claim a ‘five for’. A remarkable achievement in a nine a side game and a great performance from Sammy, however it was a fantastic team performance that clinched the points. The fielding was top class and Sarah Beechey played a huge part in the victory with some tight bowling – just six runs off her four overs.

Credit to Kerry Cowling (team player/manager) and Rick Remington (coach) who made it all possible.

Nearly half of all Queenslanders forget sun protection

We love our outdoor activities here in Queensland and unfortunately a recent study by Cancer Council of Queensland has identified that 45 per cent of respondents fail to use sun protection everyday because they simply forget, and that is just not good enough.

Skin cancer is the most common form of cancer in Queensland with 4,180 people diagnosed with melanoma and over 360,000 non-melanoma skin cancers treated each year.

Almost all skin cancers (95-99%) are caused by over-exposure to UV radiation, meaning it is an almost entirely preventable cancer.

In response to these figures Cancer Council Queensland is calling for Queenslanders to wake up, roll out of bed and Slip, Slop, Slap, Seek and Slide into their day.

Queenslanders should incorporate sunscreen into their morning routine when UV levels are set to reach three or above, which in Queensland is every day.

Cancer Council Queensland CEO Ms Chris McMillan said the survey indicated that Queenslanders have become complacent when it comes to sun protection and that it is something that needs to be front of mind.

“This survey makes it clear that more needs to be done to ensure Queenslanders attention is drawn to sun protection, so they take action to properly protect themselves,” Ms McMillan said.

“It’s concerning to learn nearly half of those surveyed identified that the main reason they don’t use sun protection everyday was because they forget, which is why we must encourage Queenslanders to add sun protection to their daily routine,” she said.

“Positively, there was a strong desire from respondents to improve their knowledge and behaviour, with 95 per cent in favour of a sun protection mass media campaign.” 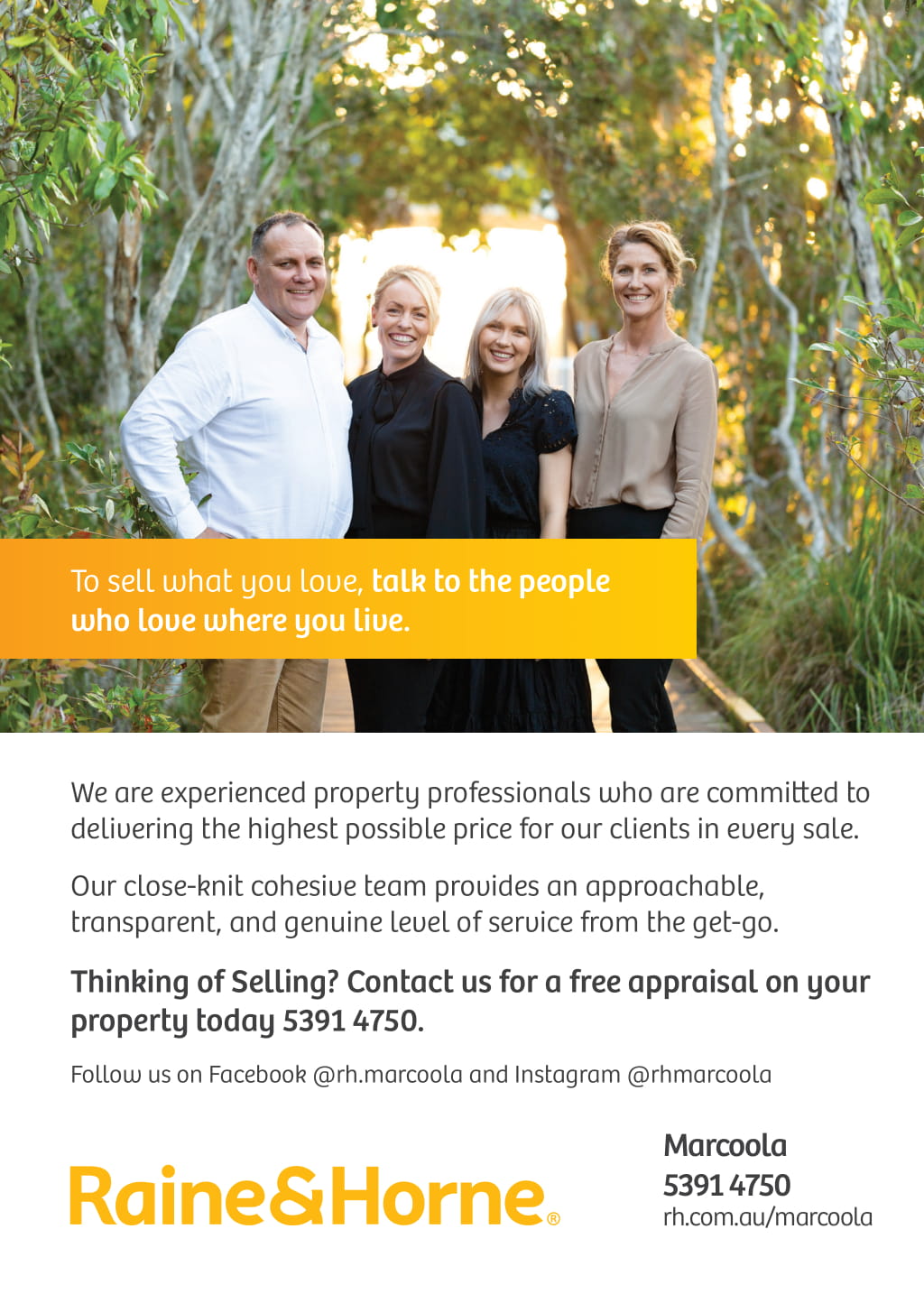